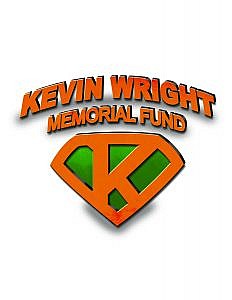 On September 26, 2013, the field of veterinary medicine lost a great mind, Kevin Wright. Kevin served as ARAV President, a zoo veterinarian, a private practice veterinarian, published countless papers on a myriad of exotic animal veterinary medical topics, co-authored the legacy text on amphibian medicine and surgery, and even edited the amphibian medicine chapters for the book, Reptile Medicine and Surgery. An accomplished speaker and presenter, he was given the Hill’s Nutrition Award in 1988, the Exotic DVM of the year in 2008, and twice awarded the Speaker of the Year at the NAVC conference, in 2009 and again in 2012. In 2010 he achieved the goal he sought in his professional life; he was one of the first 5 clinicians awarded ABVP diplomate status as a specialist in reptile and amphibian medicine and surgery.

Dr. Wright has mentored and guided dozens, if not hundreds, of young, eager students and interns to strive for the best. His colleagues the world over are proud to have known him and thankful for the positive influence he has had on them. Kevin was a dear friend to so many of us. He loved his science and his medicine, but he adored his home, his pets, his comics and toys, and most of all, his wife of 25 years, Marlene.

In memoriam, the world is a quieter, less brilliant, and much less silly place. In his memory, the Kevin Wright Memorial fund was created to fund clinically relevant research to promote and further the herpetological veterinary profession. Every year the highest rated research and conservation grant proposal is designated the “Kevin Wright Memorial Fund award winner” and given the funds donated in his honor and in his memory.

Join our Membership" Become a member of a unique and active community dedicated to the medical treatment, surgery, and captive care of the growing reptile and amphibian pet population, captive collections, and conservation of their wild counterparts

Find A Vet Near You!